I’m Zoe Patel! Nice to meet you! Hey thanks for stopping by I can tell we are going to be great friends! You can never have too many friends!

So, I am new here and still getting to know everyone but it won’t be long until I am the friend of the world!

Meet my Roommates this is J Huntington III we just call him J. He’s so pretty maybe even prettier than me anyone with that much dedication to body image though!

Then we have Gavin Richards he aspires to be a writer so he spends a lot of time reading and writing. I have another Roommate for you meet Mitchell Kelani He is a Bartender currently but is inspired to join the comedian career branch.

The four of us live at Cacti Casa in Oasis Springs!

I’ve already met a couple gal pals from the neighbourhood. My friend Tamara Shimizu to my left and to my right is Malena Miranda. I haven’t been over to see their houses but they both live in the neighbourhood nearby.

Tamara introduced me to a couple of her friends Shriley Gherda in the pretty dress and Riya Kumar wearing I don’t even know, I don’t think she looked in the mirror before leaving. Someone please give this girl a makeover!

This is the moment Gavin first met Shirley. The look on his face is everything! 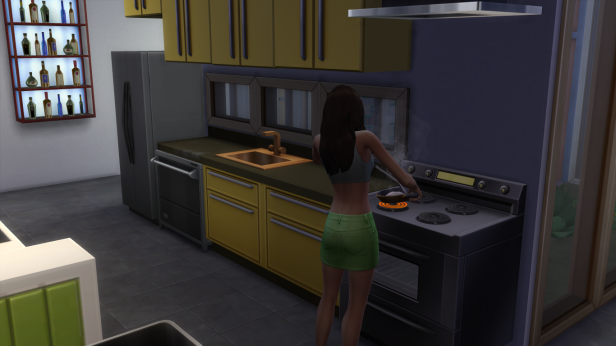 After a long day of hanging out with friends I’m famished and I think the boys are too. Shirley stayed for dinner I told her I wasn’t a very good cook but she didn’t seem to mind in fact I think she had her mind elsewhere. 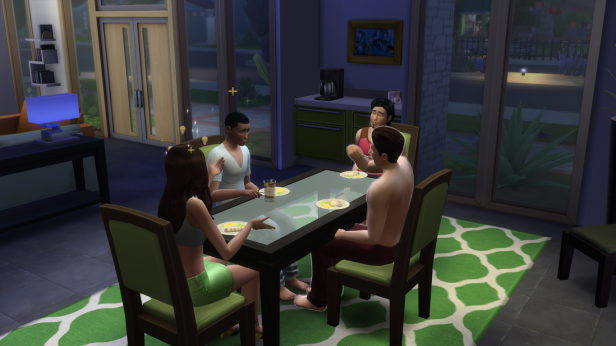 I guess she didn’t like my cooking after all because she sat down and got right back up and went home. J sat down and ate it as if it was placed there for him after all Shirley didn’t even touch it.

After dinner I decided to start the garden. Unlike the boys I don’t have a job yet so I might as well contribute somehow!

Apparently Gavin liked that idea because he has been helping to care for it. 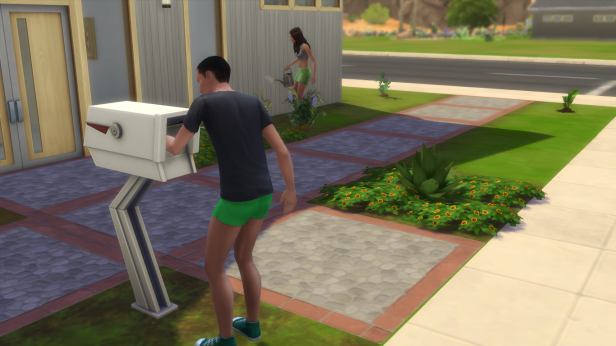 So we planted a few more and Gavin published his first book a children’s story.

J started to encourage Mitchell to work out. They had a Bro to Bro heart to heart private conversation. Probably along the lines of why don’t girls notice me J. Well Bro maybe if you lose a couple of pounds getting a little soft then watch the hotties come banging down the door! But he hates working out and thinks if he studies the comedians on TV he can get a girl to fall for his funny and charming personality.

Don’t listen to everything J tells you what does he actually know about getting girls ever seen him with a girl?

Shirley stopped by again she sure has been “in the Neighbourhood” a lot lately. We talked about hunky dudes for a while.

When Gavin came home she suddenly wasn’t into chatting with me much so I just left them to chat it up.

Later that day Gavin asked me permission to date my friend. I told him she has been talking about him non stop since they met and that he should go for it.

So he asked her she said yes and moved in that day! They are such a cute couple! I guess Gavin is now writing a romance Novel and he is going to dedicate it to Shirley. Shirley is a Romantic Bookworm so what better way to win her heart! You go bro! 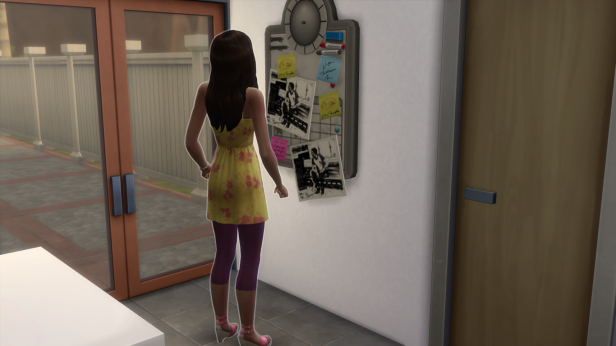 Looks like Tomorrow is a huge event it’s the Playoffs! Note is asking if I don’t mind whipping up some snacks sure I guess I can do that.* Phone Rings* There’s a party happening count me in!

Centre of attention just how I like it! Meeting new friends is seriously my favourite thing to do oh by the way party at my place tomorrow it’s the play offs. Who’s playing I don’t know but it’s an excuse to party!

Got to love when you are at a party but you get called by another friend to go to another party being everybody’s friend can have it’s challenges. I have met so many new people tonight! This is incredible!

He shoots he scores! The Crowd goes wild!

L’amore Shirley Came in the mail today perfect timing! It looks like a best seller!

Oh Gavin that was the most romantic thing anyone’s ever done! I could just kiss you! 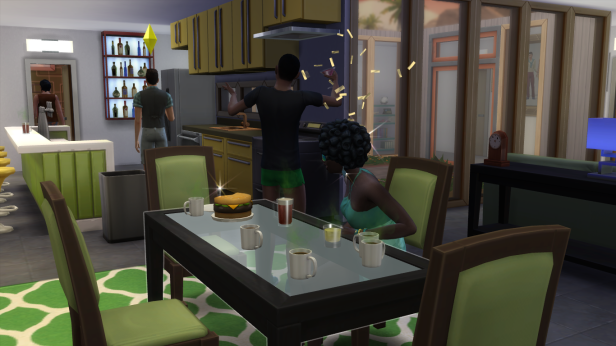 Game day was a success!! Everyone had a blast except maybe Zoe she didn’t seem to have enjoyed herself as much as the others and after attempting to drink about a half-dozen coffees she is past out somewhere.

After cleaning up from the days activities Gavin whispered sweet nothings in Shirley’s ear and she listened!