Hey, it’s me, Cassandra Goth. Welcome to Goth Mansion. I know many of you are intrigued by this home of “History and Mystery” Ophelia Villa in Willow Creek. It’s really not that great. It’s drafty, dark, and well haunted. At least that’s what people say I’ve never seen anything. It is near good schools and if you are lucky my mother might invite you to one of her VIP parties, ugh. I swear she is having a party every week it’s a bit of a drag. She encourages me to play for her guests like I’m some kind of hired help but I guess I’d be practicing anyway.

This is my family. My younger brother Alexander, my father Mortimer, my mother Bella and me Cassandra.

My dad can usually be found in his room writing. He’s not interested in My mothers parties but who is? Anyway he hopes to one day write the book of life whatever that means. 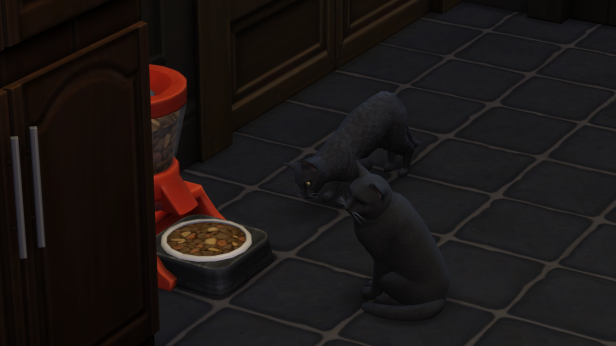 Oh I almost forgot to introduce you to these two. Alexander found these two roaming around the property. They come and go as they please and pretty much only hang around here because Alexander feeds them. The little one in the back we named Ghost and the bigger male we named Phantom. So I guess you could say the place is haunted after all by these two mischief makers!

Well, I am swamped with homework so I guess I better get to it now. Alexander is already almost finished and I have violin practice after. I’ll be stuck in all night working, as usual. *sigh*