Recently I have made my social media footprint taking more and more steps. With The More Views Video Station I have started to create higher quality content to share with my viewers! It took a bit to redo the studio room so everything could fit but we managed to get it all in there. 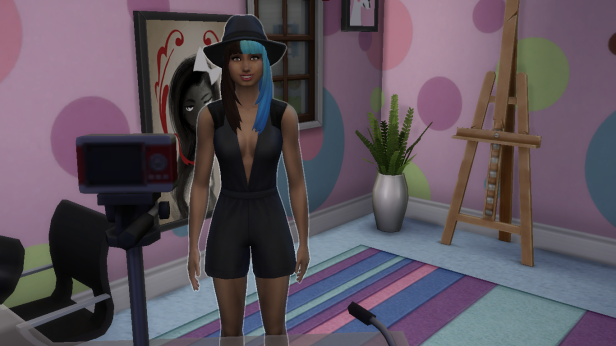 My little rise to fame is happening so quickly! I know I only took the Social media career until I could get my foot in as a Painter Extraordinaire but I am just having so much more fun and success than I ever thought I would. It was new skill day for us I made gains in Media Production Skill while Oscar made gains in Video Gaming.

I’ve never really been into Video gaming but I guess in the Tech Guru Career it pays to have gaming skills! Some of the games Oscar plays are neat to watch and he has recently been entering these competitions! It’s a neat little hustle because if he wins there’s a simolean bonus! Pooch just always wants to be a part of what we are doing, such a loyal companion!

It is adorable how well Pooch and Oscar get on together. They really do love each other. I have a weak spot for men who are sweet with pets.

Yeah I got Promoted to Director or Communications! Oscar also got a promotion to Quality Assurance! Thanks New Skill Day for the inspiration to grind it paid off!

With the promotion bonus I splurged and got a bunch of new upgrades for my Video Station! I can do so much more now and my content is only improving in quality! Well I don’t have to tell you that, just check out my new Channels sub list grow! My people especially love when the adorable Pooch makes a guest appearance! She’s just too freaking cute!

Behind the scenes Oscar works on some freelance programming. We are a dream team right now making gains, supporting and inspiring each other.

Like a flying pig on cloud nine! I couldn’t be happier in my life right now. To be honest I’m a little scared like when’s the ball gonna drop you know. For the time being though, I am just loving the life. It’s perfect! 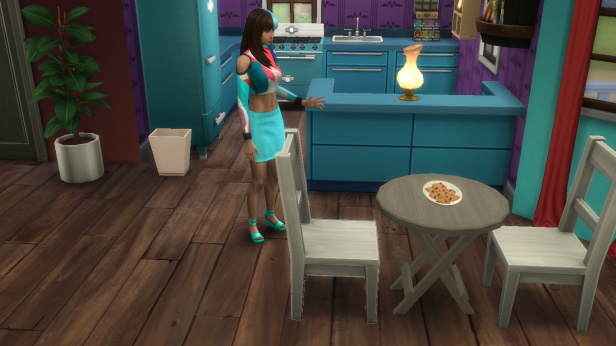 I’ve been working so hard I think I deserve a treat! I baked some cookies and called over a couple of my best gal pals Candy and Summer!

You know because all work and no play kind of thing.

“You’ve become quite the rising celebrity there Serenity.” Candy teased.

I blushed a bit, “Yeah ever since acquiring the Video Station! I.. am.. just.. so, in love with it!”

“I’m hate to say this girl but I haven’t even watched your videos yet.” Summer admitted.

“Yeah it’s just been so hectic for me with Ameliyah and Nash.”

“How are my little babes doing?” I asked.

“Oh they are wonderful and growing up too quickly! I’ll have to have you over so you can see them before they grow right out the house!” Summer laughed and Candy and myself joined.

“I’ve been doing some growing as well, I finally made a Simstagram account! I couldn’t have Yuki teasing me for being an elder generation! Check me out DJ Candy!” She exclaimed.

“Mhm. I got a new hustle coming soon! I expect to see you at my Debut Performance at the Discotheque Pan Europa in Windenburg.” Candy announced confidently.

“That’s so great Candy good for you.” Summer congratulated.

“Yeah that’s awesome and you know I’m already there!” I added.

“Thanks fam, I’m really so excited! I have Joaquin to thank as well you know he’s a partner at Discotheque Pan Europa so he really is a big help for me getting my foot in the door.”

“Oh how nice, I’ve been working really closely with Oscar lately and it’s been great for our relationship!” I said.

“Aw, the two of you sound so happy in your love life and work life. I wish I could say the same.” Summer lowered her head as she spoke.

I could tell by the tone of her voice she was about to cry, “Summer what’s wrong?”

“It’s just I feel like Esteban is drifting from me. We work complete opposite schedules so we hardly ever see each other. I’ve been struggling at work ever since taking parental leave. I just feel so tense and overwhelmed all the time y’ know?” Summer’s mouth formed a pout as she looked up at me.

Before anyone could say anything else Pooch started barking to be let out. It made us all jump I sighed, “I better go let her out.”

“Yeah I should be going to.” Summer said solemnly.

“Are you going to be okay?” Candy asked placing her hand on summers back.

“I’ll be fine, thanks for listening you guys.” Summer reached out her arms and the three of us joined in a big group hug before going about the rest of the day. 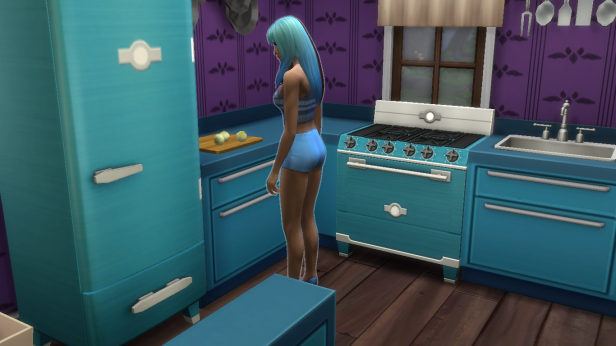 I allowed myself to indulge in treats the day before so today I am trying a new healthy recipe. I know sounds horrible already.

“Dinners ready!” I called out after setting the table.

“Thanks, I’m just in the middle of this tournament right now I’ll grab some after.” Oscar called back.

I sighed, picked my plate up from the table and joined him in front of the TV.

Of all the games he plays this one is the least fun to watch. Pooch doesn’t seem to mind she is happy just being near to us. I felt annoyed for a split second that we didn’t eat together at the table and thought that’s such a silly thing to be mad at. I thought about my sad friend and thanked that my worst problem in my life right now was eating bland goopy slop, while my boyfriend was too into video games to notice my new outfit. A sadness swept over me thinking my friend was that miserable. I’m worried. I guess we all can’t be on top at the same time.

A/N~ I had a little injury and ended up taking a few days off to rest. Sims and Simlit have been keeping me entertained as I recover. So here it is, an extra bonus post this week!

6 thoughts on “Chapter 4 The More Views”